We introduce a novel secure display system, which uses visual cryptography with tolerance for tracking. Our system brings cryptographic privacy from text to virtual worlds. Much like traditional encryption that uses a public key and a private key, our system uses two images that are both necessary for visual decryption of the data. The public image could be widely shared on a printed page, on a traditional display (desktop, tablet, or smartphone), or in a multi-participant virtual world, while the other private image can be exclusively on a user's personal AR or VR display. Only the recipient with both images is able to visually decrypt the data by fusing them. In contrast to prior art, our system is able to provide tracking tolerance, making it more practically usable in modern VR and AR systems. We model the probability of misalignment caused by head or body jitter as a Gaussian distribution. Our algorithm diffuses the second image using the normalized probabilities, thus enabling the visual cryptography to be tolerant of alignment errors due to tracking. 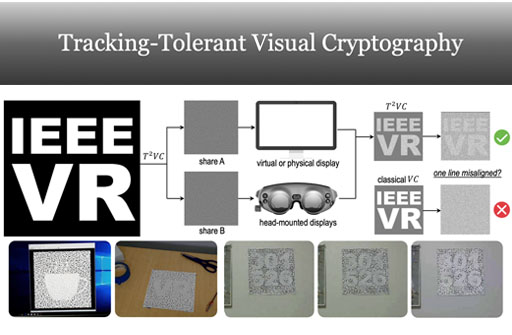 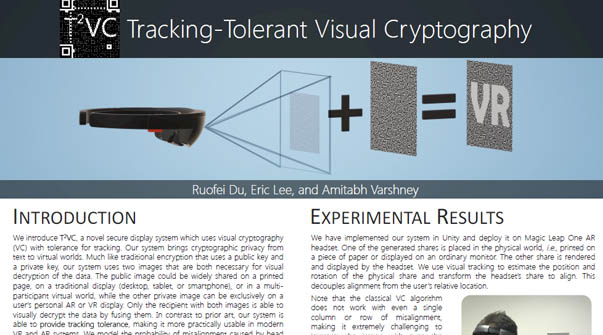